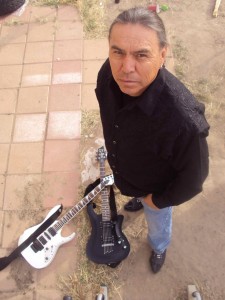 James’ musical genre is Blues Dine Rock and will be a unique addition to the Sounds of Summer concerts. “My lyrics are in Navajo, but the music everyone can understand,” says James. He has been performing for six years at festivals and fairs in the region. One of his songs, “Squaw Dance” is on Youtube.com, under Nolan Karras James or by following the link here : Nolan Karras James

Mr. James resides in the Black Mesa area and enjoys traveling to entertain.

The Page City Park entertainment location faces N. Lake Powell Blvd.  Express Public Transit’s shuttle will be available to transport to and from the venues with a route stopping at most hotels in town, for a fee.